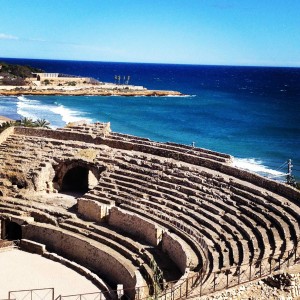 The Roman amphitheatre at Tarragona

We spent Easter at our camp, Playa Torre de la Mora, outside Tarragona, which was packed out by locals here for the long weekend.  The campsite had a wonderfully friendly feel and we were quite amazed by the Spanish lifestyle, certainly very different to how we were brought up, with all the children staying up and playing until about 1 in the morning!  Not sure if this was an Easter treat or normal weekend behaviour … We also caught some of the Easter festivities in both Tarragona and nearby Torredembarra, with choirs dressed up (in costumes reminiscent of the klu klux klan) and beating drums, leading processions through the streets and singing.

We’ve explored the amazing Roman ruins at Tarragona: an almost complete amphitheatre on the edge of the sea as well as the old forum and other parts integrated into the current town.  Quite magical. 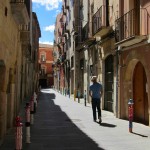 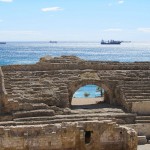 The magnificent Roman amphitheatre at Tarragona 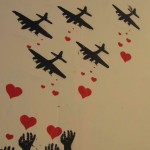 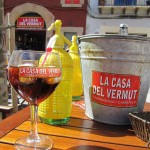 Discovered a local delicacy, a take on vermouth, which of course we had to try!

We’ve also spent a lot of time on the bikes, following various off-road walking and biking routes, seeing different parts of the route of the Castells, as well as following a circular route linking all the nearby villages and ending in Tarragona.  The sun has shone and we’ve even ventured in to the sea again, although the water is freezing – far colder than the Atlantic off the Morocco coast. 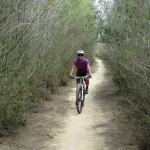 Enjoying the riding, near Tarragona 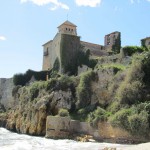 Our “local” castle, at Tamarit the next cove along 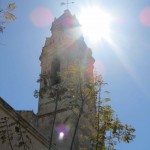 The Church at Torredembarra on Easter Sunday 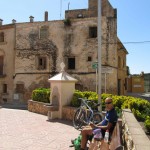 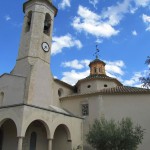 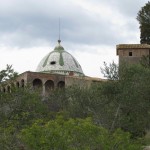 We’ve enjoyed it so much here we’ve decided to stay the rest of the week, and on Sunday will head on further south.