Of course it’s not just the premises and distilling and distilling equipment we’ve had to get to grips with.  The last few weeks have seen us dealing with plumbers putting in plumbing and drainage for the distillery; flooring guys laying the epoxy floor; and painters ensuring that the distillery area looks as good as new. Look at the separate “Hopkins Street: the renovations” page for an idea of what we’ve been up to. Unfortunately the painters reversed into our electric roller door on their last day on the job, which meant we also had people fixing that on site and had to delay the equipment delivery while it was fixed.  Stage two sees the new roof go on and then we may be able to start thinking about doing up our own living area and getting some hot water in!

Newsflash: we have a name and a logo!

We’ve been working with wonderful branding strategist and publicist Hannerie Visser and Fred and Gideon from new graphic design studio The Kinsmen Collective on our corporate logo and branding.  The corporate logo has been agreed and business cards on their way.  A lot of thought has gone in to labeling and the first few label designs will be presented to us in the coming weeks. 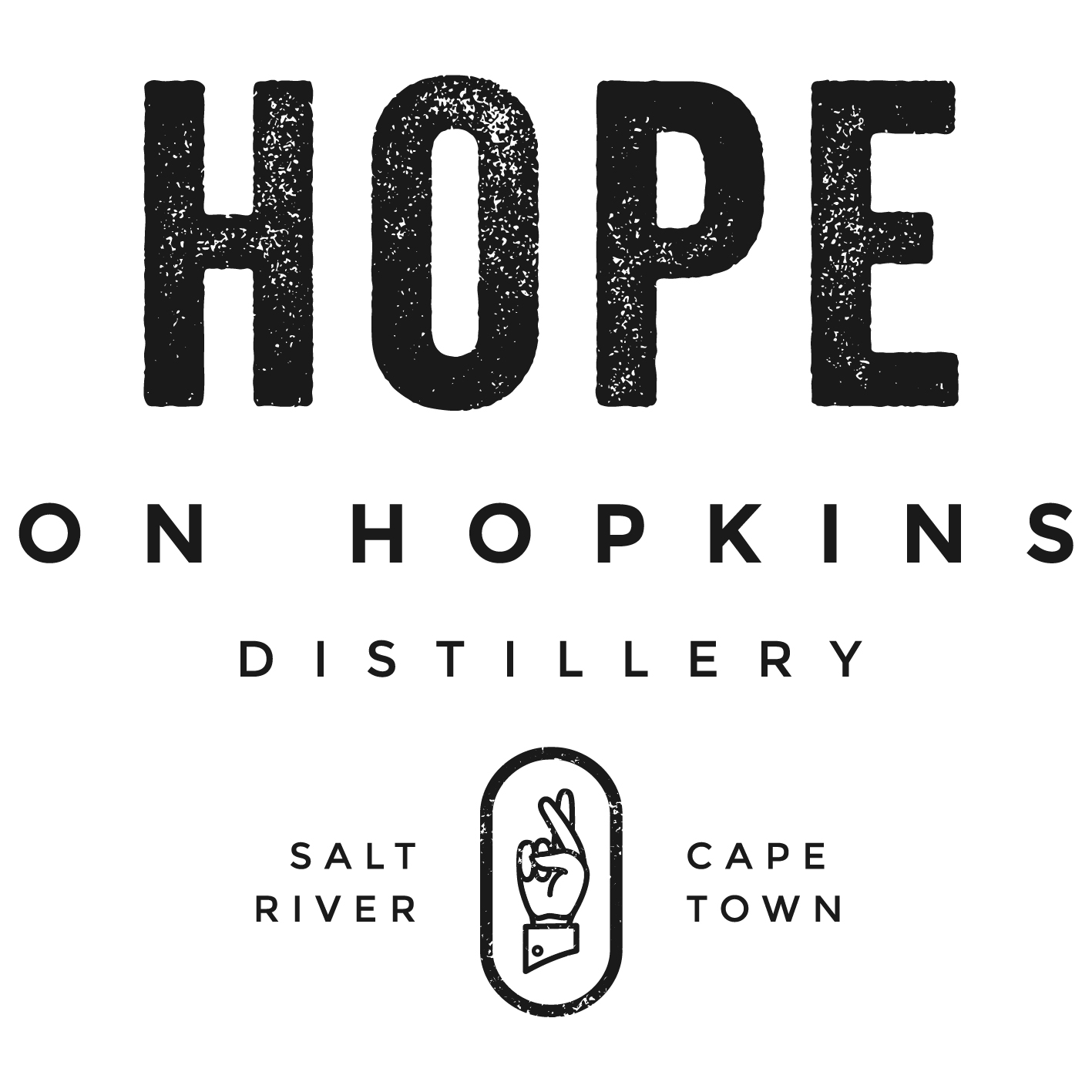 In addition to the branding side, we’ve also been hard at work sourcing ingredients.  It’s taken a while (we realize that farmers are not particularly easy to source using the internet: having a presence on the world wide web is certainly not key to their business!) but we have made some great contacts and even have a farmer in the Northern Cape growing produce for us to experiment with!

We’ve also picked up our first batch of wheat and barley: 1.5 tons of it!  We struggled to find anyone who was willing to pick it up and deliver it to us (the volume was considered far too tiny!) so we hired a huge trailer and Leigh drove first to Caledon and then on to Swellendam to pick up the malted barley and wheat we’d ordered: a 6 hour round trip!   He arrived back in Salt River at 5pm and we had to get the trailer back by 6pm.  Of course this was the week when the roller door was out of action, so no easy access to the warehouse and no access to our pallet stacker.  Leigh and I had to lug 30 enormous 50kg bags of wheat and barley through the front, up a few steps, down a narrow passage and into the warehouse.  It was back-breaking work; but we managed it by 5.45 and got the trailer back to the hire place in time and then rushed to Antonia’s for a hot shower, as the bags were filthy and we had both worked up a sweat!

Cali dwarfed by the barley silos

The pallet stacker, which we weren’t able to access to help with unloading

Hard at work – Leigh did the majority of the heavy lifting

Taking a break for a photo op

One thought on “Hope on Hopkins Distillery: the beginnings”