“Paradise Valley” near Taghazout: site of our infamous 5 hour ride, this view taken on the 5 hour hike

We’ve spent the last few days exploring the ocean, the back roads and the hill tops.  The surf has been quite big, so we’ve learnt a few lessons in how to survive being dumped by big waves!  We also have got to know the “mountains” behind our campsite, having taken a wrong turn on the bikes and ended up on the bikes for 5 hours in the heat up and down various mountain passes (with only 2 bananas each to keep us going!). 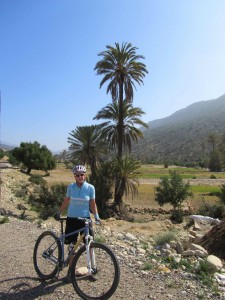 Then today we joined a hike organised by an ex French military man staying in the camp, which was also a 5 hour affair, again up and down the mountains!  As the youngest and only English speakers on the hike, we were affectionately called “les jeunes” by all the French and my fairly basic French was put to good practice, as none of them spoke English. 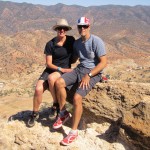 Well deserved rest and picnic lunch stop (or “lunch out of the bag”, as the French call it) during the 5 hour hike 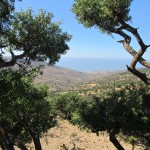 View out across towards the campsite and the sea; Taghazout hike

And there is always time for Leigh to organise cocktails – a refreshing end to tough days! 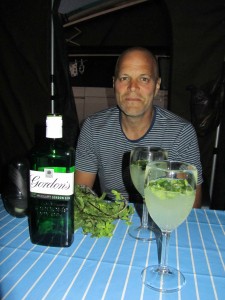 One thought on “Morocco – Taghazout – getting out and exploring”