Our detour up to Lisbon was filled with celebrations – birthday celebrations as well as celebrating our first visitors: Brenda, who is with us for a few weeks, and Sharron and Fraser, who flew over for the weekend to be part of Lucy’s 40th birthday celebrations.  Unfortunately the weather did not play its part, so the plans for a sun-filled weekend at the 30km long beaches of the Costa de Caparica had to be turned into a weekend of eating, drinking and taking in galleries in Belem (that of the pasteis de nata fame: yes, we had many more of those!) and the Costa de Caparica area.  The 40th was brought in in style, with an Aquaforno cooked meal in the campsite, followed by Portuguese cake (thanks Fraser!) and a long evening around the fire (the Aquaforno conveniently turns into a fire pit!).  We had stashed enough bottles of Cava from Spain to see us through the weekend.  We were sad to say goodbye to Sharron and Fraser on Sunday evening and, spent the Monday getting organised before heading back down south with Brenda. 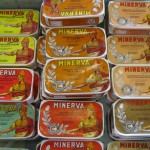 Sardines – one of the Portuguese staples 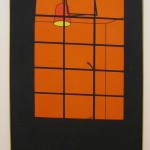 We’re not missing out on London exhibitions after all: Patrick Caulfield at Lisbon’s Museu Coleccao Berardo 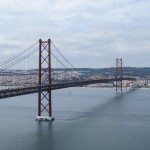 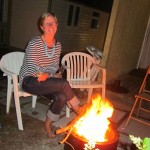 Forty in front of the fire 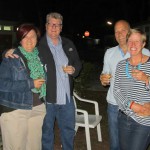 Happy to be with friends, with Sharron & Fraser 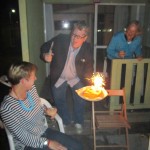 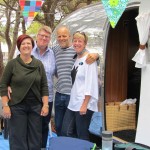 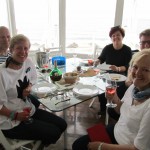 The birthday lunch: not quite on the beach, but close enough

We’re now just outside Praia de Luz on the Algarve coast, picking up where we left off before our Lisbon detour.  The sea here is beautiful and the weather hotting up, so we’ve spent days on the SUPs and in kayaks and today drove up into the only mountains in the Algarve, the Serra de Monchique, through beautiful eucalyptus, cork and pine trees taking in the small towns and hamlets of the area, including Monchique and a nearby spa hamlet and stopping en route to the highest point in the mountain range for Portugal’s famous chicken piri piri. 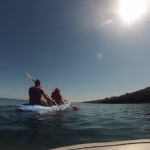 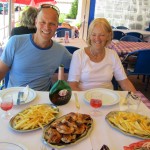 2 thoughts on “Portugal – around Lisbon and back to the Algarve”