We’ve had a wonderfully relaxed week, in the best campsite of the trip so far, a wonderful Dutch run camp just inland from Figueira da Foz in the Beira Litoral.  We’ve met some wonderful people, hosted dinner parties and been invited out to dinner with others and explored the local area, both inland and along the coast. 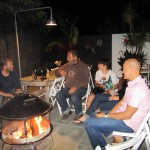 Enjoying evenings around the fire in the coolest campsite in Portugal 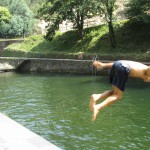 Having fun at the Praia Fluvial da Loucainha

Sadly just as I was beginning to hone my SUP surfing skills (yes, I managed to catch some waves in Baleal, near Foz do Arelho!) the sea has completely flattened out and there hasn’t been a wave in sight.  Although we’re now staying near the “never ending right break” of Figueira da Foz we haven’t yet had any waves and so have decided to stay another week here in the hope that conditions improve.  We’ve still been active, exploring the Roman ruins at nearby Conimbriga, Portugal’s most extensive and best preserved Roman ruins as well as the University town Coimbra. 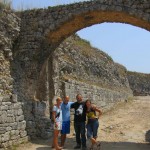 A day out with friends, exploring the Roman ruins at Conimbriga 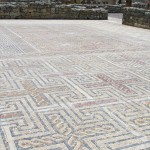 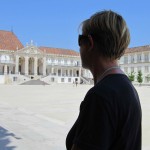 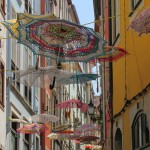 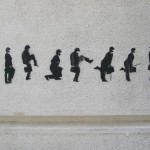 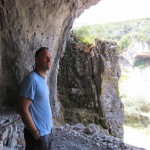 Exploring the Buracas do Casmilo valley, with caves formed by an ancient underground river

The closest town, Lourical, has a large market on Sundays, where we’ve stocked up on local produce and breakfasted on toast and galao coffees (think latte with extra milk) with the locals.  We’ve also passed through nearby Rabacal, famous for its cheese which is delicious and explored Aveiro, home of the ovos moles (literally “soft eggs”) made of egg yolk and sugar encased in an egg shaped communion wafer. 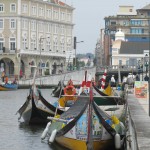 Aveiro, known as the Venice of Portugal 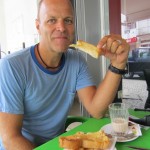 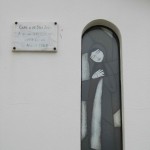 Beautiful windows in a local church

2 thoughts on “Portugal – the best campsite so far …”