We were sad to say our goodbyes at the camp in Alvor and know we will miss the baby donkey (who was due to be named the day we left following a camp vote) and Olivia the obese pet pig who lived in camp and always brightened up our mornings as she went foraging for food from all her neighbours. 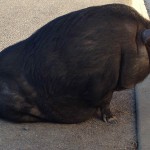 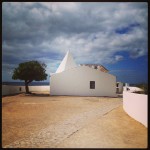 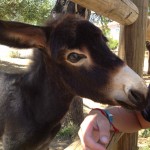 Saying our goodbyes to the donkey, Camping Alvor

From here we headed straight up to Lisbon area, through forests of cork trees eventually opening out into rolling wheat fields, to south of the river Tejo, across which lies Lisbon, where we are camping in the beach resort of Costa de Caparica.   Costa de Caparica is the start of a 30km stretch of beach with white sand and lots of beach shack cafes and bars.  Today the surf was up, but in the last few days it’s been calm and we’ve done some flat water SUPing, including an evening SUP to watch the sun go down.  Over the next few days we aim to catch some waves again.

We explored some of the Setubal peninsular, driving to the windswept cape and lighthouse, Cabo Espichel, with stunningly beautiful clear water visible from the tall cliffs of the cape.  The tip of the cape is dominated by a huge church flanked by empty pilgrims‘ lodges – windswept and atmospheric.  We also stopped off in the gorgeous seaside village Sesimbra, perched on a cliff with steep narrow roads down to a pretty harbour and overlooked by a Moorish castle. 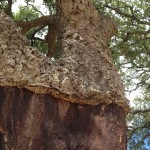 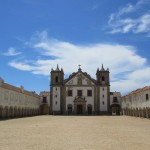 The church and pilgrims’ lodges at Cabo Espichel 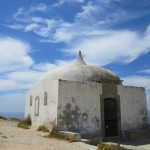 We’ve had a taster of Lisbon itself, cycling from camp to the nearby ferry over the Tejo, across to Belem, a suburb about 6kms from the centre of Lisbon and the starting point for the Portuguese voyages of discovery in the 15th and 16th centuries.  Belem is full of grand architecture and palaces, built from the wealth of those times, but the highlight for us was a visit to the famous Antiga Confeitaria de Belem, a patisserie that has been selling piping hot pasteis de nata to the masses since 1837 – they are heavenly!  From Belem central Lisbon is a flat cycle ride along the river; in central Lisbon we decided to ditch the bikes however and take the tram to tackle the many hills of the city! 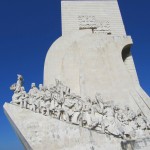 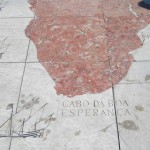 Mosaic charting the routes of the explorers, including noting the discovery of the Cape of Good Hope 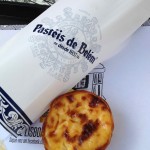 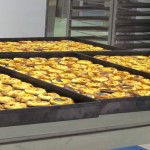 Trays of pasteis de natas, just out of the oven 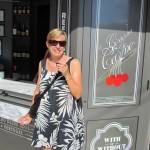 2 thoughts on “Portugal – up to the Costa de Caparica”