The Cabo de Gata natural park, just north of the Costa del Sol, feels like a land time (and tourism) forgot.  In stark contrast to the built up highrises and tourist-tat infested beaches of the Costa del Sol, this stretch of coastline is wild and beautiful with crystal clear blue waters, sleepy white washed fishing villages and grand volcanic cliffs.  We cycled the winding coastal road from Cabo de Gata to San Jose, taking in two magnificent climbs (though not quite the climbs of the Sierra Espuna!) up to the Torre Vigia Vela Blanca, an 18th century watchtower on the cliffs.  The coast here is wonderful, with cove after cove set between volcanic outcrops and cliffs. 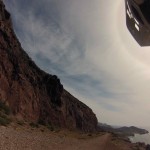 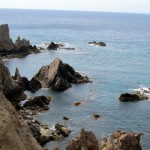 Reef of the Sirens on the Cabo de Gata coast 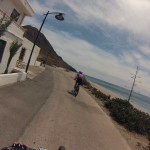 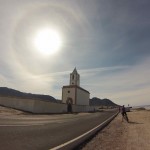 At the Cabo de Gata campsite we finally put our outdoor oven, the Aquaforno (see http://aquaforno.com/ for details), to use: we hadn’t yet been able to use it due to restrictions on fires in Spanish campsites, but Tim from Aquaforno helpfully suggested we get a gas fired paella burner to put inside to deal with the ‘no fires’ issue.  We are proud of the first loaf of bread baked in camp and look forward to finally trying out the pizza stone too! 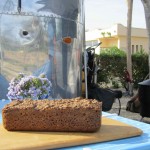 Bread baked in the Aquaforno 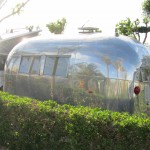